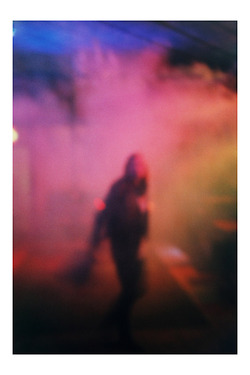 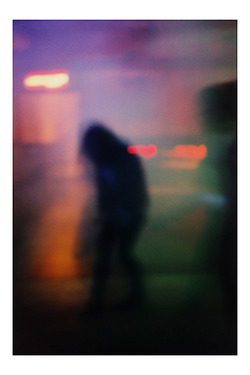 I pressed a fingertip to the condensation-covered window, watched as a droplet formed and fell, sliding down the glass, gathering more water as it went, leaving a streak of clarity in its path. And that’s typically what happens, isn’t it? Like salt water traveling on skin — it must happen to you, too — losing something, even that small, leaves you with something else.

I hadn’t heard from him in a few days. Didn’t know if he was alive or dead. That was me being dramatic, but it was also true. Somewhere out there between here and there was a postcard, full of cramped writing, the few sentences I could write when I wanted to say so much more. I was sitting there by the window thinking about that little card, flying somewhere over the ocean — or maybe it was on a boat, I don’t know, I didn’t know, what do I know about the global postal system? — It’s amazing how much we don’t know.

A few days later the “January Meltdown” stopped and the water turned back into ice and it snowed again, covering the tracks in my front yard almost entirely, leaving only tiny impressions in the snowy expanse. And that’s typically what happens, isn’t it, memories almost completely wiped away by some deciding neurons in our brains that don’t ask us permission. And now I can barely remember her sitting across the table from me, and I have no idea what we talked about for so long so long ago. It’s amazing how much we can’t remember. Time doesn’t go by quickly, we forget it.

I’ve been listening to this one song a lot lately. It has this clicking sound in it, made by those wooden instruments, Google says that they’re called claves. That sound reminds me of you, reminds me of other songs we listened to together. I almost sent you the link, almost told you to listen, hey, listen, you might like this song, but I didn’t. I would have, four months ago, two months ago. Too much time has passed between us now. Too many changes of the seasons, too many new days, too many memories wiped away, filled in with something else.

Now we’re all different people who can’t remember what it was like before — it must happen to you, too. And it doesn’t matter that we all don’t have to wait day by day for a tiny postcard, doesn’t matter that we’re all at each others fingertips. There is still a silence, and it grows, time freezes it over like the water on my window.